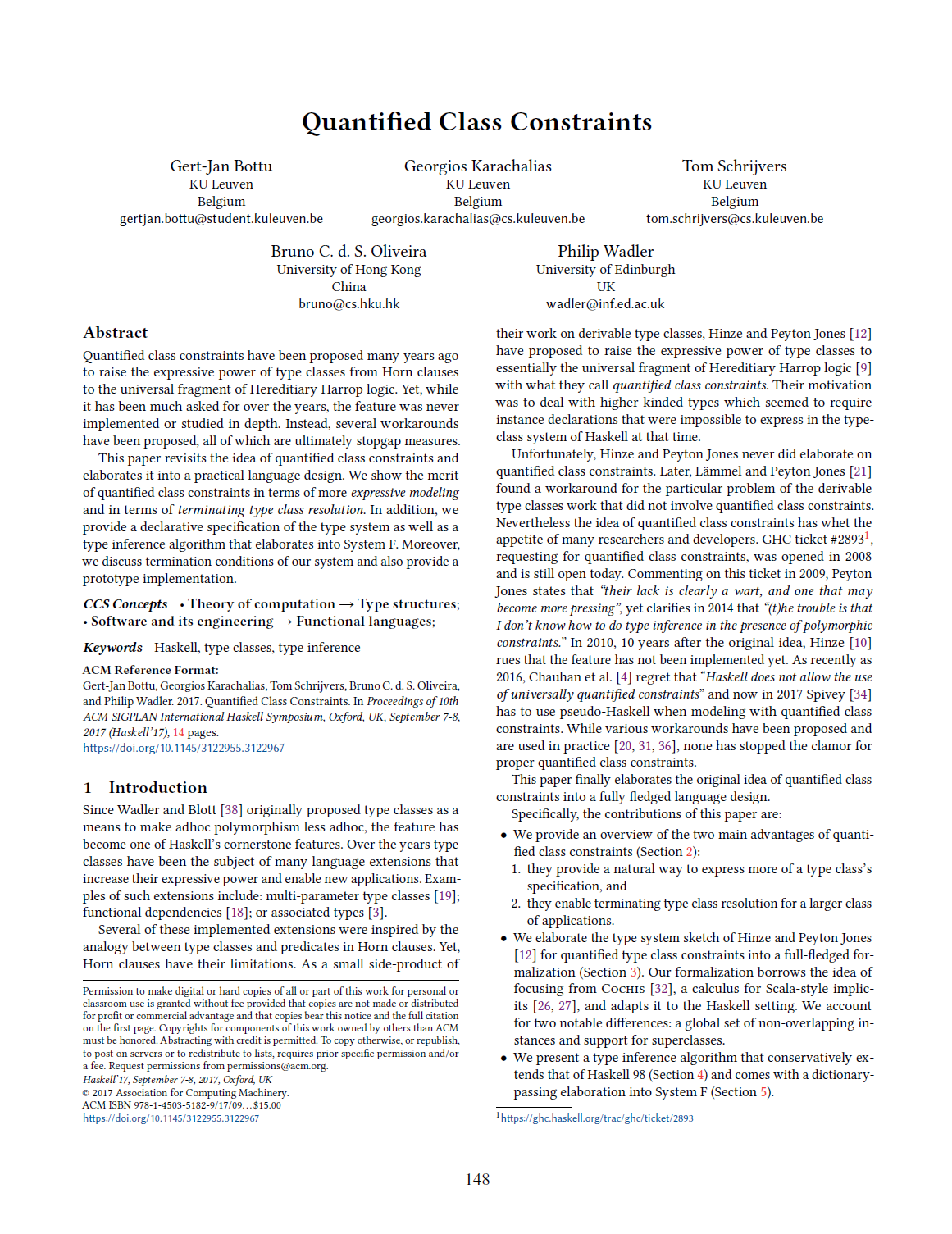 Quantified class constraints have been proposed many years ago to raise the expressive power of type classes from Horn clauses to first-order logic. Yet, while it has been much asked for over the years, the feature was never implemented or studied in depth. Instead, several workarounds have been proposed, all of which are ultimately stopgap measures.

This paper revisits the idea of quantified class constraints and elaborates it into a practical language design. We show the merit of quantified class constraints in terms of more expressive modeling and in terms of terminating type class resolution. In addition, we provide a declarative specification of the type system as well as a type inference algorithm that elaborates into System F. Moreover, we discuss termination conditions of our system and also provide a prototype implementation.